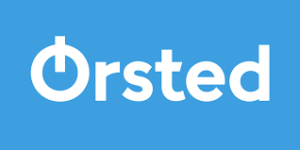 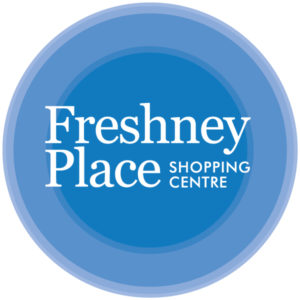 WOW!  What a first race back!!

The 2021 Ørsted Great Grimsby 10k was absolutely amazing! 1700 of you finished the race in a sweltering 28 degrees but you all loved it!!

You fist pumped and jumped for joy when you crossed the line with great big smiles on your faces!! We hope you are all wearing your medals and t-shirts with pride…..WELL DONE!!

Lots of local charities and community groups got involved in this event which helped to support their causes.  This is why the event is so special, it brings the local communities together. Big thanks to ALL of our sponsors and supporters, without them this event just would not happen in the way that it does.

All of our team and our Volunteers did us proud! This is another reason why the event is a fabulous one!! – THANK YOU!!!

Pop next years date in your diary:

SEE YOU ALL NEXT YEAR!

Special thanks to Ørsted our fabulous Headline Sponsor. They have supported the race since it started in 2016.

Ørsted are a renewable energy company that takes tangible action to create a world that runs entirely on green energy.

Click on their LOGO below to find out more.

This event would not be possible without the support of so many other local businesses. We are very grateful to each and every one of them.

Keep a look out for them all on race day, especially on your distance markers around the race course!

The following sets are from Paul Ireland

Video from Will Gibbs HERE

We apologise for the length of time it has taken to have the results verified. We are now confident that the final set of results can be published.

We are aware there are some problems with this years results. We have been working with Results Base for several years and they continually deliver a great service across all of our races.

It would also seem that any runner who contacted them with a query using their on line form, will not have received a response due to an IT issue, for which they apologsie. An e mail is being sent out by them to all runners, asking if you still have any queries to let them know using the e mail address timingcrew@resultsbase.net

Thank you for submitting your details.

We will be in touch with you if more places become available.

According to legend, Great Grimsby was founded in the ninth century by a Danish Viking. The name Grimsby is thought to have originated from the Grim’s by, or ‘Grim’s Village’, based on Grim – the Danish Viking thought to be the founder of the town.

Grimsby is today a thriving modern town offering excellent facilities for education, shopping, leisure and work.  Grimsby is undergoing a radical transformation as part of a 25-year vision for the town, including the recently completed £6million town centre regeneration project, key developments on the docks, and exciting leisure developments in the town centre and beyond.

Once the world’s largest fishing port, the town is now benefitting from the rise of the offshore renewable energy industry and is a European centre for food processing.

North East Lincolnshire in a nutshell

North East Lincolnshire – home to the UK’s largest port and the seafood capital of the country.  North East Lincolnshire covers 192 square kilometres and includes the port towns of Great Grimsby and Immingham, the resort town of Cleethorpes and the Lincolnshire Wolds Area of Outstanding Natural Beauty. The population is about 157,300 and there are about 70,000 households.

Legendary music producer and former fish factory worker Rod Temperton is from Cleethorpes. He wrote and produced many of Michael Jackson’s biggest hits including Rock With You, Off the Wall and Thriller.

Elton John’s 1974 track ‘Grimsby’ was written by Bernie Taupin about his time in the town as a teenager. One line reads: “Oh England you’re fair, but there’s none to compare with my Grimsby. Through nights of mad youth, I have loved every sluice in your harbour.”

Grimsby Dock Tower was designed as hydraulic tower by James William Wild and he modelled it on the Palazzo Pubblico in Siena, Italy. It stands 61m (200ft) high and was completed on 27 March 1852.

A miniature version of the Port of Grimsby can be found at Legoland Windsor – it features the Dock Tower, Corporation Bridge and other local landmarks.

Grimsby is at the forefront in serving the developing offshore wind energy industry. Our headline sponsor Ørsted plus Centrica, RES Offshore, Siemens and E-on have all based their offshore operations and maintenance teams at the docks.

Grimsby is the UK’s major car import terminal with 500,000 vehicles handled each year

And of course, there’s a lot of fish…

The seafood industry is worth £2.5bn to North East Lincolnshire

Grimsby has the largest concentration of cold storage facilities in Europe

Not long after Birdseye launched the first frozen fish fingers in the USA in 1955, Grimsby’s Eskimo Frozen Foods created their own version made with whole pieces of fish.  One of their first marketing promotions was to give buyers of their fish fingers a photograph of an up and coming young group called The Beatles.  Today, 114 packets of fish fingers are thought to be sold every minute in shops across the UK. Gruesome Twosome half marathon and 10k

RUN YOUR HEART OUT VALENTINES 10K